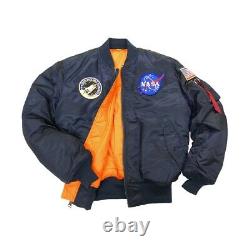 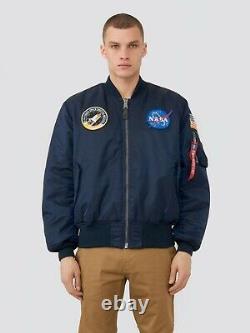 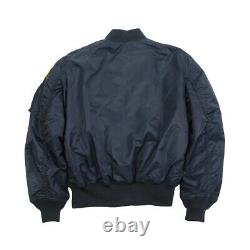 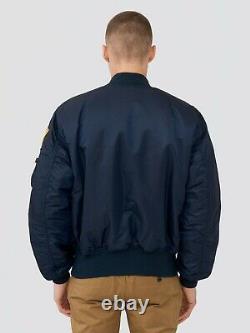 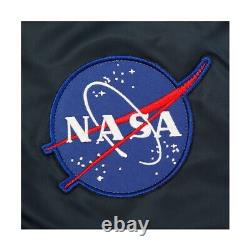 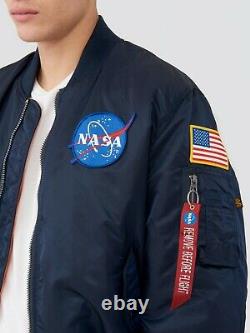 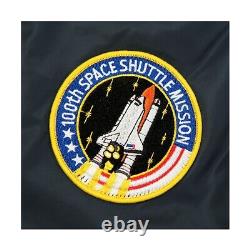 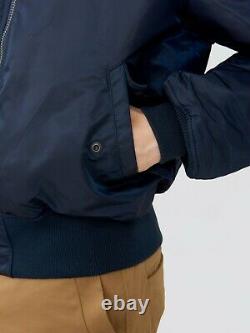 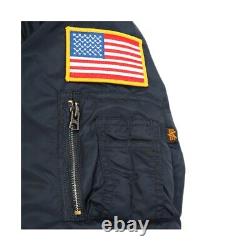 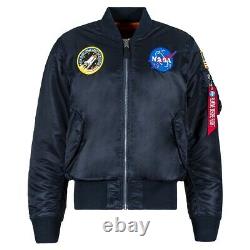 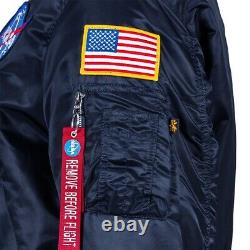 American flag patch on shoulder. Knit rib collar, cuffs and waistband. For mild or colder winter. Introduced by the mid-1950s, the MA-1 became the flight jacket of U. Air Force and Navy pilots and ground crew. Designed for use in temperatures of 14-50 degrees F, the MA-1 had a 100% wool knit collar, waistband and cuffs.

The MA-1 discarded the mouton fur collar of its predecessor, the B-15, because it interfered with the parachute harness worn by aviators. Other features of the jacket included a tab that the oxygen mask was clipped to, tabs to hold the headset wires in place and the original U. These features were eventually removed from the flight jacket as it was adopted by other branches of the U. Armed Forces and equipment for pilots changed. An addition to the jacket in 1960 was the reversibility to show off an Indian Orange lining.

The reason being if a plane crashed, the pilot could reverse the jacket to the orange side to signal rescue personnel. Alpha Industries' first government contract for the MA-1 was awarded in 1963. We started producing the MA-1 flight jacket for the civilian population in the 1970s.

Black was added to the military sage green requirement. The jacket has evolved over the years but it is still one of our top sellers and today we produce many variations on this classic flight jacket. With arm relaxed at your side, measure from center back neck, to point of shoulder, and along the arm to the wrist (just below round bone). Measure around body with tape leveled on the fullest part of your chest.

Measure around your waist with the tape leveled at the narrowest point of your torso. Stand with heels 2 to 3 apart.

Keep the tape leveled and measure around the fullest part of your hips. As we have no control over these costs. This item is in the category "Clothing, Shoes & Accessories\Men\Men's Clothing\Coats, Jackets & Vests". The seller is "skystylejacket" and is located in this country: US.